It’s Saturday night, I’ve picked out a cute outfit, attempted to achieve a cute hair style, and put on a small amount of make-up. Just enough to make me look a little less homely but not so much that I’ve transformed into a completely different person. And no, I’m not preparing for a date, I’m prepping for a night out with my girls to celebrate one of my best friend’s birthday. I’m feeling pretty good about myself, you know, feeling all brand new, like I’m fresh out of the shrink wrap. Now I don’t go out looking for prospects, especially at a club, but it’s always nice to be noticed by the opposite sex. Even though we girls have the tendency to turn down most men that approach us because most of us are picky (I mean have high standards), it’s a boost of confidence to know that others find us cute enough or interesting enough to approach us.

So we’re having a good time, dancing and having a few drinks, and I’m in chill mode. And I think I have a welcoming smile on my face, you know, still thinking that I’m cute. As time goes on, all three of my friends have been approached by guys. Even my married friend gets approached…she turned him down of course, in fact every guy that approached my circle was turned down, but that’s not the point. The point is I’m standing over here giving my best “I’m single, approach me” face and I’m left feeling like the ugly duckling. What the freak?!?! I mean do I have permanent buggers in my nose? Doo doo breath? One of my eyes is bigger than the other but you can’t really tell unless you stare at me for a few minutes. Wait…OMG…are they staring at me?! Anyway, I’m here too, I don’t bite, and I want to be approached! Even if I do turn them all down…it’s the principle of the matter.

I always get compliments from the opposite sex and I think I’m cute so what is it that makes me unapproachable? What message am I sending that stops people, particularly men, from coming up to me in a social setting? Well, when trying to see yourself for what it really is, sometimes it’s best to ask others how they see you because that view can sometimes be different from the view you have of yourself.

So when I asked a few guys, and girls, what makes a girl unapproachable and I got pretty good answers…most of which applied to me:

What makes a girl unapproachable?

After getting these responses I realized that I am guilty of four of the items on this list.  WOW! I have to admit, I kind of know why I rarely, almost never, get approached when out in social settings. I tend to have my guard up because, I hate having to turn people down if I’m not interested. Yes, I hate turning people down. Instead of just saying I’m not interested I always say, “Sorry I’m taken.” I’m such a liar! Sometimes I just really don’t want to be bothered. When I want to just chill with my girls and have a good time, I consciously don’t smile because I don’t want to be approached. The problem is I think I frown more often than smile. I simply don’t look approachable. So my goal is to become more approachable, and I’ve compiled a list of things I’m going to do to achieve that goal.

Smiling makes you appear more confident. There is an attraction factor which makes people more drawn to you when you smile.

2) I’m going to have fun…or at least make it look like I’m having fun!

People want to be around someone who they enjoy spending time with…I mean, who doesn’t like to have fun?! AYYEEEE TURN UP!

When I worked as a bartender and waitress in a night club (yep I worked in a night club) there was a girl who frequented the club almost every Friday and Saturday. She was what I would consider ‘less than attractive‘, but she always captured the attention of several guys in the club. One of the bodyguards made the comment, “She may not be the most attractive girl in the club but she has confidence. She doesn’t care what anyone thinks, she loves herself and guys are attracted to that type of confidence.“ 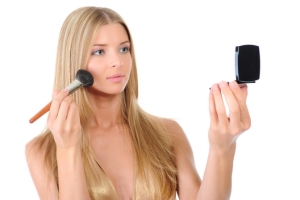 I’m not a ‘heels and dresses/skirts everyday‘ kind of girl, but I do own a few pair of heels that I can throw on for special occasions. So from here on out I am going to start taking more care with my appearance. Now I’m not a sloppy girl, I don’t live in sweats and sneakers all the time but I am not a fan of wearing heels all the time either, even though I own so many pair that many of them still have the price tags on them. But I will make a conscious effort to make myself more ‘appealing and approachable’. And I’ll throw on some lip gloss and mascara at least 3 times a week. 😉

If you have more suggestions on how one can make themselves more approachable, please leave your comments. I would love to hear from you.