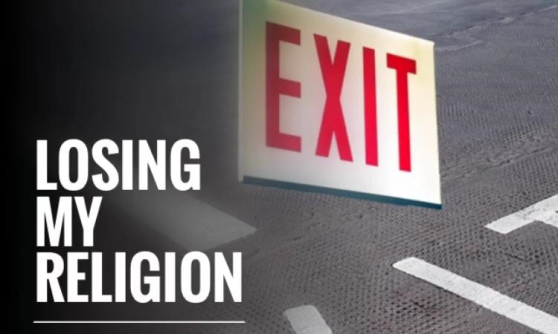 Judge not lest you be judged. Meaning do not judge unfairly or selfishly. That’s what the bible says right? Yeah, it’s right there in Matthew 7:1…I just read it. So why do so many Christians specialize in being judgmental? For example, on a Saturday outing with my mom and aunt, my aunt asked if she could ask me a question. My reply, “sure, if I can answer honestly.” Before we get into that question, let’s take a little trip down memory lane. I grew up as Baptist the first few years of my life and then as a Jehovah’s Witness from the age of 9 until I was 18. I never really accepted all of their beliefs, always having questions but never speaking my mind. For example, when someone makes a mistake [sins] they are shunned. Forget the fact that everyone sins daily, consciously and unconsciously, because we know bout YOUR sin…because YOUR sin is public knowledge, we’re painting the scarlet letter on your chest until WE think you have redeemed yourself. What happened to ‘come as you are’? Everyone makes mistakes?

Back to my aunt’s curiosity…her question, “Did you not like serving Jehovah?” My response, “I still serve God, why would you ask me that?” She looks me in the eyes and says, “No, I mean Jehovah.” “Wait…you mean the same God you serve?” She says, “People aren’t always referring to Jehovah when they say God.” “Well I’m talking about the SAME God you’re speaking of. The bible calls Him by many names so YES we’re talking about the same God. Did you think I was talking about this ice in my cup. You think I’m worshipping ice sculptures now?” I asked her why she thought I didn’t like serving God. She said because of the activities I partake in and the fact that I have separated myself from that particular religion. “Soooo you mean since I’m out here freestyle sinning, I must have put God on the back burner?” She pretty much said, “Yes, that’s exactly what I mean.” Ha…wow. Never mind the fact that she’s being extremely judgmental right now…I’m a SINNER in her eyes.

Am I a bad person because I’m not connected to a church? Why do I need to be affiliated with a church or a religion to prove that I believe in or serve God? People attend church for a number of reasons:

For me, it started out because that’s how I was brought up. Living in the house with my grandmother and watching her go to church every time the doors opened, naturally I thought that’s what you were suppose to do. I mean, how else was I going to avoid going to hell? It became a habit, a part of this thing we call life on earth. It then became a means to stay close to God. How could I be close to and have a relationship with God without being in church? As I got older I attended church because that’s what my circle of friends did. I wanted to be around them and if they went to church, I went to church too…monkey see, monkey do.

Once I realized that I didn’t have to be in church to have a relationship with God, which is the most important thing, I actually started focusing on my relationship with Him more. Like me show you what that looks like if that doesn’t make since to you. When I attended church on Sundays and Tuesday, I often waited until then to fall into worship and talk to God. I depended on the preacher to guide me into prayer, to hype me up to give Him praise. Like I couldn’t do it on my own. The preacher had to tell me what I should be grateful for and motivate me to tell Him thank You.

I lost interest in attending church a long time ago. I couldn’t figure out why I couldn’t bring myself to get up every Sunday morning. I don’t party much so I wasn’t staying out late every Saturday night, so being too sleepy or tired wasn’t the issue. The last time I attended church was Easter…pretty cliché of those non-church going people. You know, the Christmas, Easter, Mother’s Day attendees. While I resided in Memphis I was a regular Sunday morning worship, Tuesday night bible study, Thursday night singles ministry member. But I realized that it wasn’t church itself that I was drawn to. It was the company I kept at the church that drew me in. I made some pretty awesome, lifetime connections. If it weren’t for my ministry group, I’m sure I wouldn’t have been in attendance on a regular basis. Once I moved back home I searched and searched for the perfect church. I couldn’t find what I had in Memphis and that’s when I realized that my main reason for attending was because of my friends. I struggled to find that same connection. I was looking for friends, like-minded people…not religion. I wasn’t searching for God. I talk to God everyday, not just when I’m at church. It finally hit me that I was losing my religion, thank God. And it was one of the best decisions I’ve made.

Until next time Laughers,

Kitta is a blogger and co-founder of Can I Laugh Now. She is a graduate of the University of Memphis, where she earned her degree in Criminology and Criminal Justice. Kitta believes in healing pain through the power of laughter.