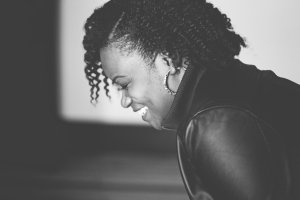 As people, in general, we make tons of mistakes throughout our lifetime. Those of us that do not have children and are not married tend to be a little more carefree because it’s just us. Those who have kids tend to be a little more careful with their choices because they have little eyes that are watching, and often times mimicking, their every move. And as a part of growing up, we also make many mistakes, mainly because we’re young and learning. Our parents try to tell what is and what’s not a good decision, but usually don’t listen. We think we know what’s best for us and we sometimes can’t rely on what our parents are trying to tell us because we don’t know that they have been there, done that, and they have the Polaroid to prove it. Polaroid because, you know, they’re old (don’t send your parents for me because I called them old). It’s a blessing when we do actually learn from our mistakes and make positive changes in our lives. It sucks when we keep making the same mistakes and never grow from the place of immaturity to mature adult. Well, I talked to a few fathers who have made the transition to mature adult despite the mistakes they’ve made.

Is That A Gun In Your Backpack?

“I have several things that I regret now that I wouldn’t want my kids to find out. My senior year of high school I was expelled from school for having a gun at school. I brought shame to myself and my family. I don’t think that’s something I would tell my children unless I felt it was beneficial to them. The good news is that I later went to college and graduated.” ~A.J.

“As most good parents do, you teach your kids about right and wrong, including not taking things that don’t belong to you. Well I remember there being a warehouse not too far from where I lived when I was growing up. My friends and I made more than one trip stealing cases of candy bars from their trucks. I’m a fan of Twix so it wasn’t too hard to convince me to do the dirty deed. I knew it was wrong and looking back I can’t believe that I did that. I was always paranoid that my mom would be cleaning my room and find the boxes of candy under my bed…luckily she never did.” ~C.B. (SN: I grew up next door to these young men and I’m a little upset that they never shared any of those goodies they stole. I never knew anything about a candy warehouse. Not that I condone stealing, but they could have thrown a snicker my way.)

Skating Around With ‘Kesha’

“I went to jail trying to sell weed. I got busted at the skating rink when they decided to search us and I had a joint that I had in a little baggy that I actually forgot was in my pocket. As they were throwing me up against the wall my cousin was calling my mom. I was 20 and still living with my mom at the time. She went into my room and found my stash…she threw away a pound and a half of Marijuana. I was so sick, but I would never want my baby girl to know her daddy tried to be a drug dealer.” ~G.B.

A Crackhead Will Steal From Anyone

“When I was younger I once stole money from my girlfriends purse to buy drugs. Now what father would want their kids to know that they were so low at one point that they actually went into a woman’s purse and took her money?”~CH.B.

I Loved The Ladies…Too Much

“This really isn’t a secret to those who have known me for years, but in my single days I was addicted to women…literally. At one point in my life I managed 9 committed/labeled girlfriends at once. And the adrenaline rush of getting caught drove me to desire more. My daughters (and wife) will never know that part of my life, but my girls will learn the difference between lust and love and all the possible angles men can utilize to have relations with them.” ~D.C.

“I would be embarrassed for my son to know how I treated his mom before we got married. When we dated the first time I was not ready for a relationship. I remember once on her birthday, I picked her up, took her through the drive-thru at Long John Silvers and then dropped her off at home. I went to kick it with my boys on her birthday. Our relationship was pretty much over after that. We went our separate ways and pursued relationships with other people. But I’m happy to say that we found our way back to each other and are happily married. So glad God forgive me and so did she. No more Long John Silvers on her birthday.” ~S.K.

Happy Father’s Day to all the wonderful fathers out there. Allow your past mistakes to make you a better parent and try to steer your children in the right direction. And remember no matter how hard you try to prevent your children from going down the wrong path, they will make their own mistakes. Just be there to help them up without judgement. You were once young and probably made some of the same mistakes. And if you’re a father that doesn’t have the greatest relationship with your children, take today to make it right. Someone has to make the first move.

Kitta, a native of Jackson, TN, is a blogger and co-founder of Can I Laugh Now. She is a graduate of the University of Memphis, where she earned her degree in Criminology and Criminal Justice. Kitta believes in healing pain through the power of laughter.